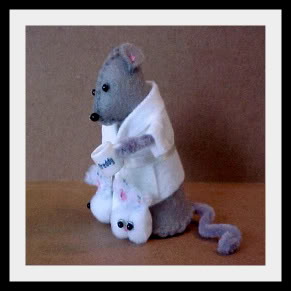 I my quest to go through all my stored clutter “One box at a time” I have a new approach to try. I want to get away from the stacks of cardboard boxes. I would like to start using plastic bins and crates.

This idea is many-fold. One, cardboard deteriorates and gives off paper dust into the air which does not help for a healthy environment. This deterioration also means that the boxes collapse and do a poorer and poorer job at protecting their contents. The cardboard boxes also add to a more cluttered appearance. The plastic bins will also with luck protect what I value, but need still to store.

The very action of switching over a box at a time from cardboard to plastic gives me a chance to go through all of my possessions and hard as it is, perhaps get rid of some — whether by donation, selling, recycling, reusing… using or trashing. With luck I can reduce the space taken and number of containers. Optimistically perhaps by 2:1 cutting 2 cardboard boxes down to 1 plastic bin of comparable size — and perhaps the plastic bins will take less room. Pessimistically perhaps it will only be 1:1 meaning 1 cardboard box goes into 1 plastic bin. But I will have checked on what I own and things will be in better order.

I do believe it will be closer to 2:1 —  maybe 4:3? I hope that at least I’ll be able to control where things are and know where they are.

But it will have to be one box at a time… or two, hoping to cut them down to one.

Ahhh, but where can I get very inexpensive bins? They need to be sturdy, protective, and I need to be able to count on getting more of them as I progress because I want to be able to stack them. I rather like the sort with the interlocking lids which are hinged so that you open them without removing the lids. But I suspect they cost a lot. I am using a lot of bankers’ boxes… you know the folding file boxes that offices use as well as a certain number of moving boxes.

I want to make a start by collecting all of my tools into one bin. I want to put hobby supplies into another one or two. Then I want to keep those bins in an easily accessed location. Another bin or two will be used for storing out of season clothing, linens, and fabric.

So, do you have any ideas?

Where does cluttered life come from?

I don’t know all the reasons in my own life — let alone anyone else’s — but one aspect of my own cluttered existence might have clues in a need for an anchor in this turbulent life. Perhaps others can work without a net and can launch out on their own without a firm anchorage or base camp. But I am not that sort.

I have heard that a person who was insecure in their relationships; and who had low self esteem; might end up turning to toys as friends when other children do not become that emotional outlet. This lack might increase if for some reason that self confidence doesn’t develop during school years. Deep within, objects take on the position of friends. That means that to get rid of an object that has long been in your possession is like abandoning a close friend. Someone who might already be a bit sensitive would have problems with that.

I think that this would be how they felt as a child and so getting rid of their possession feels like they are abandoning someone — even if they never really had been abandoned.

I was insecure and had little self confidence — this is true. I also feel an emotional attachment to objects. I always have for as long as I can remember — even from before I was 5-years-old.

Now the rub is that even with this self realization, I feel nearly helpless. This is because the feelings are real and I am tortured with the thoughts of giving up prized possessions. I dreaded being given the family couch when my parents bought a new living room set. This is because I knew it would be very, very difficult for me to get rid of.

It took a monumental effort to cast off that couch and I was nearly at a break-down point at the time. Other issues happening with regards to the move I was being forced to make at the time had me at the breaking point already.

I simply didn’t have a place to put a couch in my new suite. I could at least keep the armchair rocker from the living room set. That really helped — along with me bracing for the separation for weeks.

I don’t know how to separate those feelings I attribute to objects. I try. I am also very logical — as well as emotional — and it is very stressful trying to cope with the illogic of the whole situation. Objects do not have feelings and I should not be attached to objects — especially when the attachment is harmful and the emotions attributed to the objects might even be painful ones.

Anyhow, that is a glimpse into some reasons behind clutter. It is hard not to gain clutter when objects become friends. Objects become anchors that hold us to our lives… other people could anchor themselves to friends… or some could anchor to locations. But when we are taken from our safe locations, our possessions become our anchors… makes you think about the homeless with their shopping carts, doesn’t it?