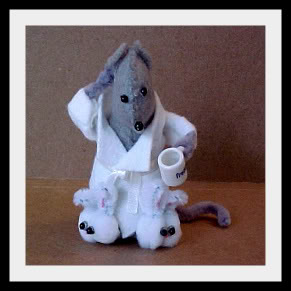 Dusty has been feeling a bit of Cabin Fever. It is a bit self imposed and I think perhaps it is something that goes along with the issue of compulsive hoarding. The biggest thing is that it is hampering plans to put things into better order.

Truly though there was a major life event in my life. It is one of those traumatic ones that we just have to move on from, though also at the same time one that you just don’t ignore.  It is how one copes that is important. The whole process was drawn out over months and so the process of getting through after has also taken time. But we move on and this post is a part of that process. Getting back on with life.

I know many folks actually start down the road of hoarding after losing someone important to them. For me, the hoarding always was. Depression did cause a minor glitch in housekeeping but that glitch was just a small hiccup and not an avalanche.

I know for chronic hoarders “avalanche” is a word that takes on a different meaning. I also know that I am on the less serious end of the hoarding spectrum. Dusty is just working hard not to slip up the spectrum! At one time I was well on my way to heading there towards corridors of newspaper and small nests of fast food packaging neatly stacked and folded. I still have to get a good hold on my recyclables. They are all clean — I still get my cans and most of my bottles out. It is still hard to let go of “neat looking” jars and bottles and large cardboard boxes made from cereal box cardboard or tiny boxes. But! The first thing I do with a bottle or jar is clean it!

Of course my OCD kicks in and I even rinse out my pop bottles (soda bottles for my American cousins) so there isn’t any bug attracting syrup in the bottom of bottles or cans. (even though Dusty drinks diet soda which probably doesn’t attract many bugs — smart bugs…)